The rigor of training, physical demands of duty, and the unique levels of stress endured by military men and women increase the likelihood of long-term pain and other health challenges. The physical, emotional, and mental burdens experienced by military men and women represents a genuine epidemic. No other profession deserves adequate attention and care for their health and bodies like the men and women of the military. An unfortunate truth meets those who serve and discover mediocre health care at best. Most members of the armed forces go underserved or face solutions involving powerful and dangerous medications that simply mask pain without offering healing for underlying conditions or problems. 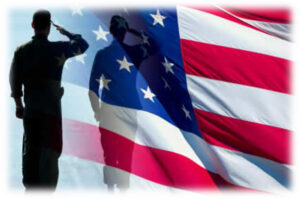 New research shows evidence that supports the need for veterans to have greater access to chiropractic care. Veterans represent one of the largest populations of people who seek relief from physical and emotional pain. Most of these military veterans who seek care for physical or emotional pain get prescribed medication as a solution. When less potent medications such as non-steroidal anti-inflammatories (NSAIDs) fail to resolve pain – and fail to address healing, stronger and more addictive drugs come next. This undesirable and harmful path for individuals in pain has become an all-too-common norm. Statistics show that veterans represent one of the largest groups of people to be prescribed opioids and those prescriptions come at alarming levels.

*IMPORTANT- we want to meet you and do a short IN Person interview so please Bring in your resume to: 6701 W 121st Suite 200 Overland Park, KS and we will have you fill out a short application.

Established and amazing chiropractic office seeking a AWESOME, UPBEAT and Multitasking Chiropractic Assistant as part of our Front Desk team in our Overland Park or Olathe Clinic! Hours will be (40 average per week): **Must be able to work a couple evenings to close by 7 or a Saturday morning as we all rotate hours. Responsibilities and duties (training provided for each duty):
Front desk preparation Being the face of the office
Energy and Enthusiasm!
Answering phones,
interacting with patients
Scheduling appointments
Billing and insurance
Collecting payments

Office leadership experience is a plus and We will train you! ... See MoreSee Less

So amazing! Getting adjusted is an excellent way to make sure your nervous system is in tact. ... See MoreSee Less

Yes and I believe that when you are adjusted regularly you will be at optimal health!

Any patients of ours out there that are plumbers??? ... See MoreSee Less