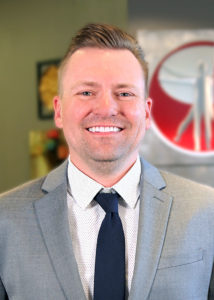 He attended Cleveland Chiropractic College and graduated with a Bachelor’s of Science in Human Biology and a Doctorate of Chiropractic in 2006. After practicing in Florida, Dr. Bartels returned to the Kansas City area and has been one of the top chiropractors according to multiple local publications. As a former member of the Advanced Sports and Family Chiropractic + Acupuncture team, he recognized the opportunity to rejoin the top wellness team in the city!

When not treating patients, Dr. Bartels spends his time supporting the local sports teams, patronizing the city’s many amazing golf courses, and spending time with his wife and family. He looks forward to helping you realize your health and wellness goals!