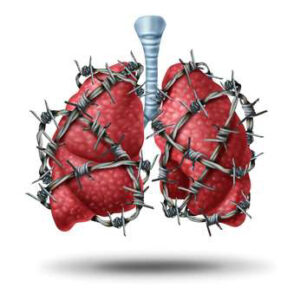 Subluxations directly impact the body’s ability to function and heal at optimal capacity. Uncorrected subluxations produce long term nervous system dysfunction that contributes to pain and disease. Chiropractors specialize and focus on detecting and correcting subluxations to allow better healing and adaptation to occur, regardless of age, gender, ailment, or diagnosis. Many patients receiving a Chiropractic adjustment for the first time report experiencing autonomic-related improvements in sleep, energy, digestion, and breathing. Removing interference from the spine creates positive autonomic system influence and explains why Chiropractic care allows so many people to experience health benefits which extend far beyond basic back and neck pain.

A study conducted in 2016 evaluated how spinal adjustments influence autonomic function. The research showed that spinal adjustive care produced improvements in patients with C.O.P.D. (chronic obstructive pulmonary disease). The connection between the spine, nervous system, and autonomic functions paved the way for improved lung function and exercise capacity for patients who engaged in both Chiropractic care and exercise.

People across the globe pursue non-pharmaceutical solutions to health problems. The majority of people who wish to live a life free from drugs and unnecessary surgery turn to Chiropractic care and the health potential that already exists in the body. Everyone from neighborhood families to world class athletes utilize the benefits of Chiropractic care to increase energy, strengthen immunity and improve performance. Nearly all professional sports teams employ highly trained Chiropractors, but even more teams made up of moms, dads, and children trust their health and recovery to skilled Chiropractors found in nearly every town and neighborhood across the country.