MD Sets Out to Disprove Chiropractic by Assessing Spines During Autopsies

The importance of the spine remains irrefutable in every laboratory, research center, doctor’s office, and hospital all over the world today. Unfortunately, most doctors remain unaware of the significant contribution the spine plays on overall health and function.

Many of the unwanted symptoms people suffer from have a direct or indirect connection to the spine. The current medical research provides a thorough explanation for how the chiropractic adjustment profoundly influences all aspects of human health and performance. And it’s all about the brain. An intimate connection exists between the health of the spine and the function of the brain. And as most people know, the brain directs all function of the body. 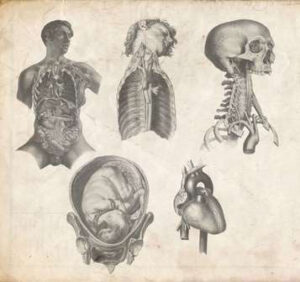 Dating back to the 1920’s when Chiropractic was in its early stages, the connection between the spine and entire body through the nervous system has been widely debated. In the early 1920’s, a Medical Doctor by the name of Henry Winsor caught word that Chiropractic patients were experiencing significant health benefits with problems seemingly unrelated to the spine. Upon his investigation, Dr. Winsor found that many chiropractic patients were being told a chiropractic adjustment could influence more than just their back. Concerned and skeptical with what he was hearing, Dr. Winsor set out to disprove the theory that a Chiropractic adjustment could influence any area of the body outside of the spine once and for all. So, he began his own research.

Dr. Winsor figured that if he dissected the spines of the deceased and proved no correlation between the health of the spine and organ disease or dysfunction, he would put this entire theory to rest. So, he got access and permission to dissect and analyze the spines of 50 human cadavers. His findings sent shock waves throughout the medical profession.

Wow!!! If you have Fibromyalgia you HAVE to add this to your health routine! ... See MoreSee Less

Low energy lasers are widely used to treat a variety of musculoskeletal conditions including fibromyalgia, despite the lack of scientific evidence to support its efficacy. A randomised, single-blind, ...
View on Facebook
·Share

NEW NEWS 🔥
Did you hear this weeks #newheights Podcast?!
Looks like you can be more like #TravisKelce than you thought. His favorite modalities are also ours!

Come see us so you're ready to do YOUR part for the Kingdom come Super Bowl Sunday.
#letsgo #ChiefsKingdom ... See MoreSee Less

Motor vehicle accidents are N O FUN!
If you get in one - visit your doctor of chiropractic at Advanced Sports And Family Chiropractic RIGHT AWAY to see how we can help mitigate the injury, not just base it on pain.
If you need help with the claim this group has done a wonderful job for our patients in the past!Take quick action.
If you have been hurt in a motor vehicle accident, it's important to take certain actions right after your accident to ensure that evidence is preserved, and your legal rights are protected.
The sooner you call your car accident lawyer, the better.