The spine intimately connects with the central nervous system by way of tiny neurons scattered throughout small muscles, ligaments, discs, and joints in the back. Each vertebra requires freedom of motion in order for proper nervous system firing to travel into the brain. Any spinal misalignments will alter both the position and movement of a vertebra and interfere with communication from the brain to the body. Nervous system interference created by small vertebral misalignments, called subluxations, decrease a person’s ability to heal and adapt. 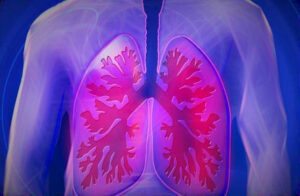 Chiropractors specialize and focus on detecting and correcting subluxations in the spine to allow maximized healing and function to occur. Chiropractors help men, women, and children around the world experience life at a greater potential by removing nervous system stress in the spine.

The central nervous system controls all autonomic functions. The autonomic nervous system steers vital functions that occur on autopilot. These functions include heartbeat, immune control, breathing, pulse, respiration, and many others. The body requires consistent use of these functions without the owner’s permission or direction. In fact, all of these functions occur even while sleeping, in an altered state, or in a state of unconsciousness. Chiropractic care positively influences the autonomic functions that are protected by the spine and directed by the central nervous system. Many patients receiving a chiropractic adjustment for the first-time report experiencing improvements with their sleep, energy, digestion, and breathing. These outcomes represent signs of improved autonomic system influence and include a few of the many benefits achieved through chiropractic which are seemingly unrelated to the spine.

*IMPORTANT- we want to meet you and do a short IN Person interview so please Bring in your resume to: 6701 W 121st Suite 200 Overland Park, KS and we will have you fill out a short application.

Established and amazing chiropractic office seeking a AWESOME, UPBEAT and Multitasking Chiropractic Assistant as part of our Front Desk team in our Overland Park or Olathe Clinic! Hours will be (40 average per week): **Must be able to work a couple evenings to close by 7 or a Saturday morning as we all rotate hours. Responsibilities and duties (training provided for each duty):
Front desk preparation Being the face of the office
Energy and Enthusiasm!
Answering phones,
interacting with patients
Scheduling appointments
Billing and insurance
Collecting payments

Office leadership experience is a plus and We will train you! ... See MoreSee Less

So amazing! Getting adjusted is an excellent way to make sure your nervous system is in tact. ... See MoreSee Less

Yes and I believe that when you are adjusted regularly you will be at optimal health!

Any patients of ours out there that are plumbers??? ... See MoreSee Less