One of the Biggest and Most Harmful Health Myths

Nearly all people have heard news about a middle-aged man who dies of a heart attack while jogging the day after receiving a clean bill of health from his medical doctor. Many know about someone in their thirties diagnosed with stage-4 cancer without having any signs or symptoms of ill health. While stories like these happen every day, most of society still believes bad health involves pain or symptoms. 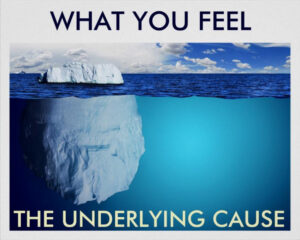 Science and research have now clarified exactly why the absence of symptoms are not very good indicators of health. A paper titled “The Neurophysics of Human Behavior” from Furman and Gallo in 2000 reported that “while the brain can process several trillion bits of information per second, it appears that we are perhaps only consciously aware of 50 bits of information per second at any given time.” This means that only 50 out of several trillion bits of information are felt or even known by a person every second. So much is happening in the body on a second by second basis throughout life that is never felt or known. This science is profound and describes why most dysfunction and disease goes unfelt and undetected until late stages. Determining health on the presence or absence of symptoms is very dangerous, and this article explains why.

Chiropractors recognize that health is about optimal function, NOT just pain or symptoms. Function of the body is controlled and coordinated by the Central Nervous System. Chiropractic adjustments play a significant role because the spine has been proven to directly influence the function of the nervous system, most times without causing pain.

Wow!!! If you have Fibromyalgia you HAVE to add this to your health routine! ... See MoreSee Less

Low energy lasers are widely used to treat a variety of musculoskeletal conditions including fibromyalgia, despite the lack of scientific evidence to support its efficacy. A randomised, single-blind, ...
View on Facebook
·Share

NEW NEWS 🔥
Did you hear this weeks #newheights Podcast?!
Looks like you can be more like #TravisKelce than you thought. His favorite modalities are also ours!

Come see us so you're ready to do YOUR part for the Kingdom come Super Bowl Sunday.
#letsgo #ChiefsKingdom ... See MoreSee Less

Motor vehicle accidents are N O FUN!
If you get in one - visit your doctor of chiropractic at Advanced Sports And Family Chiropractic RIGHT AWAY to see how we can help mitigate the injury, not just base it on pain.
If you need help with the claim this group has done a wonderful job for our patients in the past!Take quick action.
If you have been hurt in a motor vehicle accident, it's important to take certain actions right after your accident to ensure that evidence is preserved, and your legal rights are protected.
The sooner you call your car accident lawyer, the better.